oh hi. i haven't posted a general update in a while since i wrote so much for costa rica, so here are things.

for halloween, i went as budget medusa. i'll turn you into cardboard & bits of rock. pic includes my little blonde bangs dreads. :) 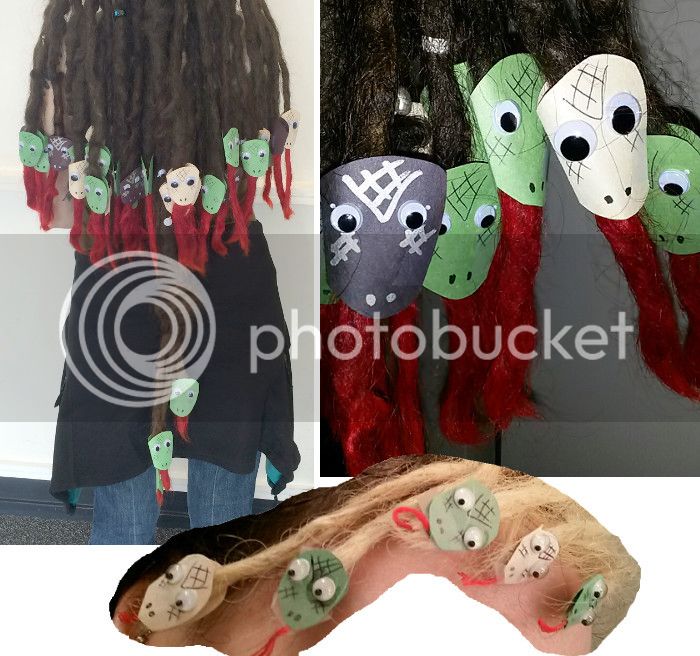 in non-snake news, my awesome VP bought my boss & i raspberry pis for xmas, & i turned mine into a retropie. i have literally over seven thousand roms that can now be played on my tv. also tech-related, my netbook had broken in costa rica, but one of my employees used to work for dell & was able to bring it back to life with a $15 replacement motherboard. life is good.

i finished the painting i've been working on to go over my bedroom door. it's my first time working with textured medium, & it was a lot of fun. the font is kingthings spikeless for those interested, & i freehanded it on.

upcoming fun: i'm throwing a movie night to watch "2001: a space odyssey" & "sneakers", neither of which i've seen; another movie night i'm calling "immoral support" to watch either "salò" or "a serbian film" (which i feel i should see since i'm into films, but neither of which i want to watch alone, hence the support); seeing stomp; seeing wussy (haven't heard their music, but they're what's left of the ass ponys, so why not!); hosting snake party 2.0; & probably another movie night for "close encounters of the third kind" which i've ALSO not seen... though i'm not sure if those last two will make it onto the books before i leave for argentina & antarctica. & my second trip this year maaaaay be out to the galápagos, 'cause the company taking me to antarctica is offering me a pretty nice deal...

i think that's it for now. oh, also i tacked on a quick update to the end of my costa rica travellogue. be prepared to aww.
Collapse